The Lakehaven Water and Sewer District is committed to the continued delivery of safe, reliable and high quality drinking water and environmentally responsible sewer service to our customers.

The District is located between Seattle and Tacoma in King and Pierce Counties. The District’s northern boundary is one mile south of Kent, the southern boundary overlaps slightly the Pierce County line, the western boundary follows the Puget Sound shoreline and the eastern boundary overlaps slightly the western city limits of Auburn. The District provides service within most of the City of Federal Way and small portions of the cities of Auburn, Pacific, Tacoma, Des Moines and Milton. In addition, the District serves an unincorporated area of King County approximately 18 square miles north of Federal Way and west of Auburn.

A merger with King County Water District Number 56 was completed in November, 1987. On August 7, 1994, the District changed its name to "Lakehaven Utility District". On October 6, 2016 the name was officially changed to "Lakehaven Water and Sewer District" to better clarify the products it serves to the community.

The District has, under one name or another, provided service to the Federal Way area for more than 50 years. The water system includes 400 miles of mainline, 22 wells and 12 storage tanks with an approximate storage capacity of 31 million gallons. The average daily pumping rate is about 10.6 million gallons per day (MGD).

Find a list of communities serviced by Lakehaven Water and Sewer District and a list of useful links to provide information about the district.

The most recent three years of financial and compliance audit reports can be found at the links below. Audit reports for earlier years can be downloaded from the Washington State Auditor’s website at www.sao.wa.gov 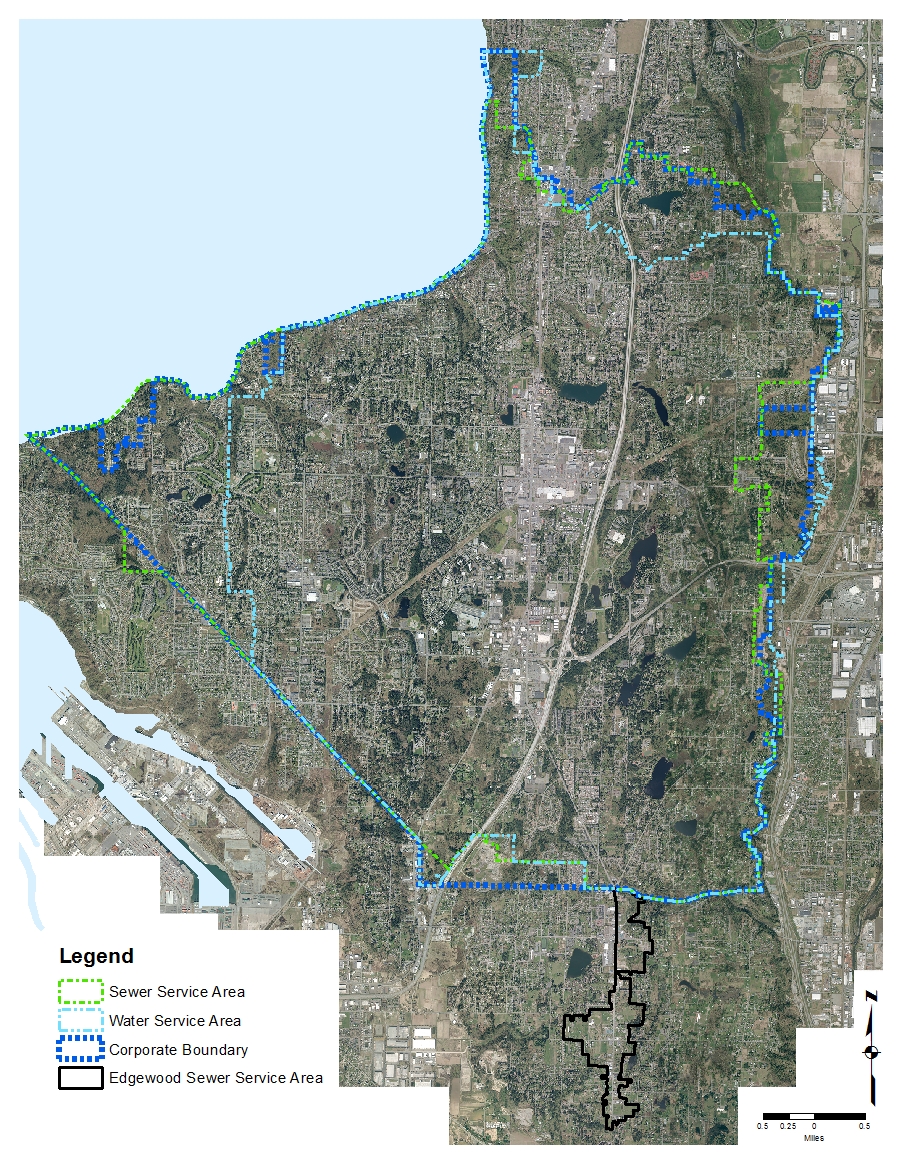